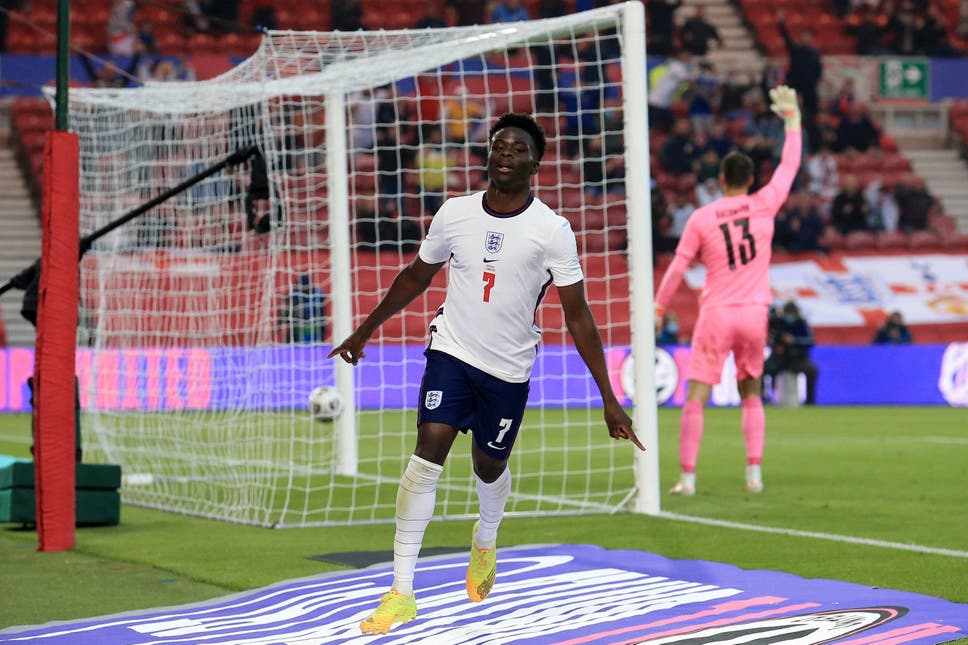 When Bukayo Saka’s name was published on the list of 26 for the European Championships this summer, many England fans thought that Gareth Southgate had made the wrong decision in including the 19 year–old.

Bukayo quickly made a name for himself in the first game since the announcement on Tuesday night, proving why he should be in the squad even better challenging for Raheem Sterling’s spot at left wing.

Southgate switched up for his last friendly before the Euros, switching Jack Grealish to right-wing and Saka to the left. Bukayo’s first chance was at 19 minutes where Lingard’s cross skewed off a defender before Saka attempted a half volley which flew sideways over the goal.

England started the second half as they had in the first, on the front foot, with Borussia Dortmund midfielder Jude Bellingham laying it off to Jack Grealish on the counterattack. After a few one-twos between the England attack, Bukayo Saka was there to score his first international goal for the Three Lions which turned out to be the only goal of the match.

In a game that was overshadowed by Liverpool’s Trent Alexander Arnold and concerns over the injury sustained during the match, it was all Bukayo and Jack Grealish who were making the runs and key passes to create chances

With Raheem Sterling continuing his poor run of form, Bukayo Saka could be a perfect candidate for the left or the right-wing spot. The many fans that had their doubts were reassured in this friendlies that Gareth Southgate had made the right choice.

Speaking in the post-match press conference, Bukayo said, “I’m really happy, this is a moment I’ve dreamed of as a kid…it’s an amazing feeling that I hope I can feel many more times.”

The full press conference is available in the video below:

The Arsenal man’s performance was enough to be voted Player of the Match earlier this morning, and things can only get better in under a week when England play their first matches in the Euros. As one of only four players in the Arsenal squad that are involved in the tournament, I’m sure many Gooners will be cheering him on if he is to start for the Three Lions.