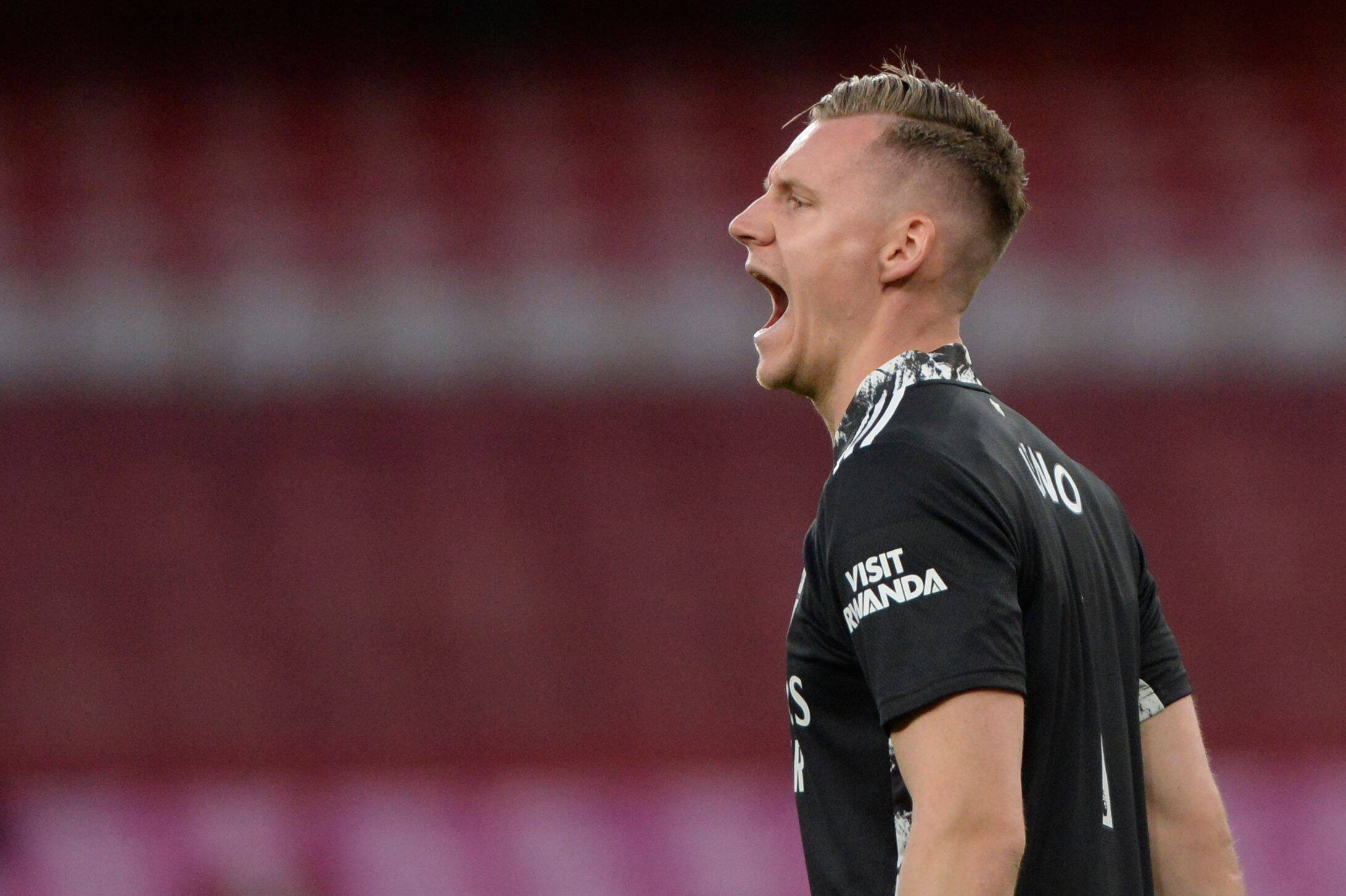 In an interview with German publication Sport1, goalkeeper Bernd Leno has revealed that he’s happy at Arsenal and is keen on assisting the club achieve some success going forward.

The shot-stopper arrived from Bayer Leverkusen in the summer of 2018 and has firmly established himself as the No.1 at the Emirates. Though there have been a few lapses this season, the keeper’s overall quality has rescued the Gunners on many occasions.

Sitting down with Sport1 to talk about a variety of topics, Leno was asked about the rumours surrounding his Arsenal future. The German responded:

“I don’t want to flee here, I feel good and want to be successful again with Arsenal! Arsenal are a big club, which is extremely underestimated in Germany, there are many Arsenal fans all over the world. I still have a two-year contract and hope to play in the Champions League again with Arsenal.”

But the keeper did not completely refuse a move at a later point. He added:

“It is also clear that at some point in my career I want to do something different. So far, I’ve played for two clubs. Maybe I’ll get the urge to play in another league again. Maybe in the south. But there is time, I’m still getting into the best goalkeeping age. But my focus is on Arsenal FC.”

The comments are reassuring and shows that the German is still committed to the Gunners. If he were to leave, it will be difficult to replace him, and the club would be better off not selling.

The keeper’s detractors might point to his inconsistent performances with the recent one against Everton coming to mind. But if you look at the season as a whole, the German has single handedly rescued the north Londoners on many occasions.

Also, other areas of the squad require more attention so, Leno’s commitment will put the club at ease. They can now focus on strengthening the team in other areas and try to push for Champions League once again.

Leno was chosen over Emi Martinez to be the first-choice keeper last summer and that shows the faith the club has in him. Arsenal will be happy in knowing that the player is fully committed and is hoping to take the club forward.