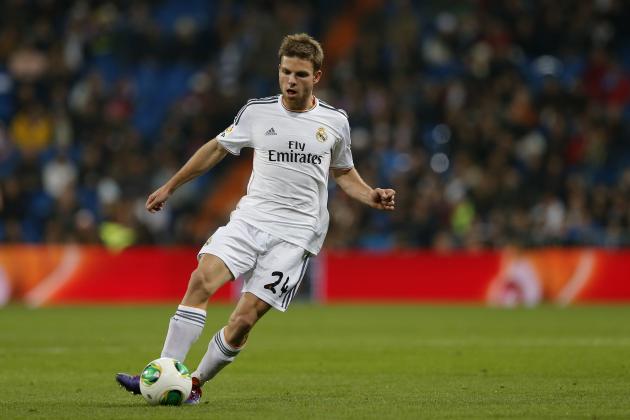 According to the Express out of favour Madrid midfielder Asier Illarramendi is seeking a move away from the Santiago Bernabeu with Arsenal his preferred destination. Arsenal by all accounts have shown some significant interest in the Spanish holding midfield player but are only willing to negotiate a deal reported to be worth £24 million for a transfer in the Summer.

There is a chance that Arsene Wenger’s reluctance to make an approach for Illarramendi could see him miss out on the 24 year old who is desperate to leave the Santiago Bernabeu for more game time, the Spaniard has only featured in 13 la Liga games this campaign playing a total of 465 minutes of football from a possible 1710 minutes which highlights his frustration with his current situation.

Illarramendi’s potential arrival to Arsenal may not inflate interest in Arsenal tickets like the arrivals of Ozil and Sanchez in recent transfer windows, but he would an excellent addition to Arsenal’s midfield and alongside Gabriel, give Arsenal the backbone they need to start competing in the top two of the league table again.

The arrival of Lucas Silva from Cruzeiro will only result in Illarramendi’s opportunities being even more limited and falling further down the Real Madrid pecking order. With such names as Sami Khedira, Toni Kroos and Luka Modric already preferred to the ball winner it would be sensible for Illaramendi to seek a move as soon as possible to get his career back on track.

Back in 2012-13 Illarramendi’s performances in his beloved Real Sociedad shirt were sensational and along with Carlos Vela and Antoine Griezmann saw them catapulted into finishing in a Champions League place which was an achievement beyond any fan’s expectation but since then his career has stalled at Madrid, The Spaniard is a player of exceptional talent and would be a great signing for any club who decide to show the required interest. Arsenal have been crying out for a top quality ball winner in midfield, in recent weeks Francis Coquelin has answered every question that has been put in front of him and for many Arsenal fans he is seen as the answer short term. If Arsene Wenger is desperate to land Illarramendi he may have to bite the bullet and make his move this January.

Paulista’s Arsenal Move Looks To Gather Pace
Is Marco Reus A Realistic Target For Next Summer?