Arsene Wenger “didn’t say it”… as if he would 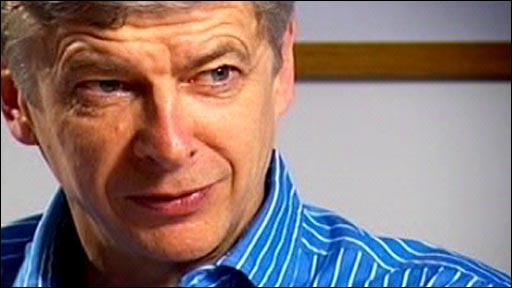 Today almost every website on Arsenal newsnow jumped all over some reports and quoted the Arsenal manager Arsene Wenger apparently saying he had lost faith in keeper Manuel Almunia etc, this so called one on one “interview” came from a Kenyan newspaper.

At the time of reading this interview, I said to myself “this has got to be a FAKE”, no way Arsene would say things like this.

And that’s why we at Arsenal Action did NOT cover this.

its CLEAR to anybody that reads the so called “one on one” interview with Arsene in FULL, that its a fake, so why report it?….Well, Sites re-wite stuff they find off the web and change a few words and headlines and fob it off as there own..it happens so many times.

You can see the FAKE interview in full [HERE]….as you can see its clearly FAKE…. “AS IF” Arsene would say things like this.

Arsenal.com have now confirmed that Arsene did NOT say any of this.

Yet again it proves how fast fake rumours and quotes can move around the world with sites and blogs jumping all over everything and copying what other sites report and re-write it as there own.

Just like that Rodrigo Palacio transfer to Arsenal a few summers ago proved.

My advice is only trust Arsenal.com when it comes to quotes from the Arsenal manager.

On that note Arsene did confirm on Arsenal.com that we are still looking at signing ONE more defender.

New Signing: 6. Laurent Koscielny
I hope RVP scores the winner and Cesc sits on the bench all night.