Arsene Wenger accused of having secret affair with French rapper 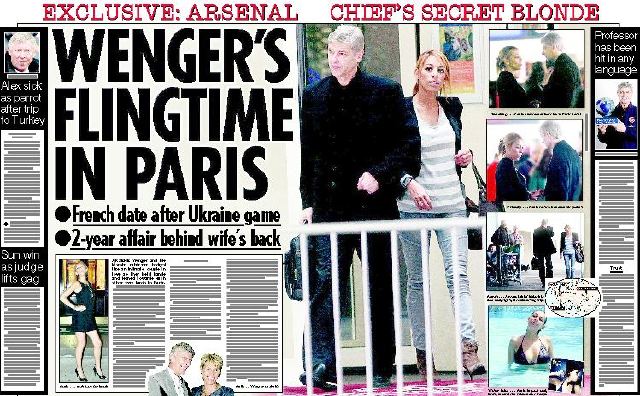 From the Mirror : Arsenal boss Arsene Wenger was last night accused of having a secret affair with a stunning blonde French rapper.

The married Premiership manager, 61, refused to confirm or deny allegations that he has been seeing 39-year-old Sonia Tatar.

He said: “I wish to deal with the matter privately.”

er reportedly flew to Paris on Thursday and met single mum Sonia – just hours after his team lost a Champions League match in the Ukraine.

It is claimed the pair have enjoyed a close two-year relationship, which allegedly began when they met at a restaurant in Paris.

Wenger, married to ex-PE teacher Annie Brosterhous, has managed the North London side for over a decade. They have a 13-yearold daughter, Leah. (Left)

Last night he said: “This is a very serious matter. I do not intend to make any comment.”

More on the forum – www.arsenalaction.com/forum/