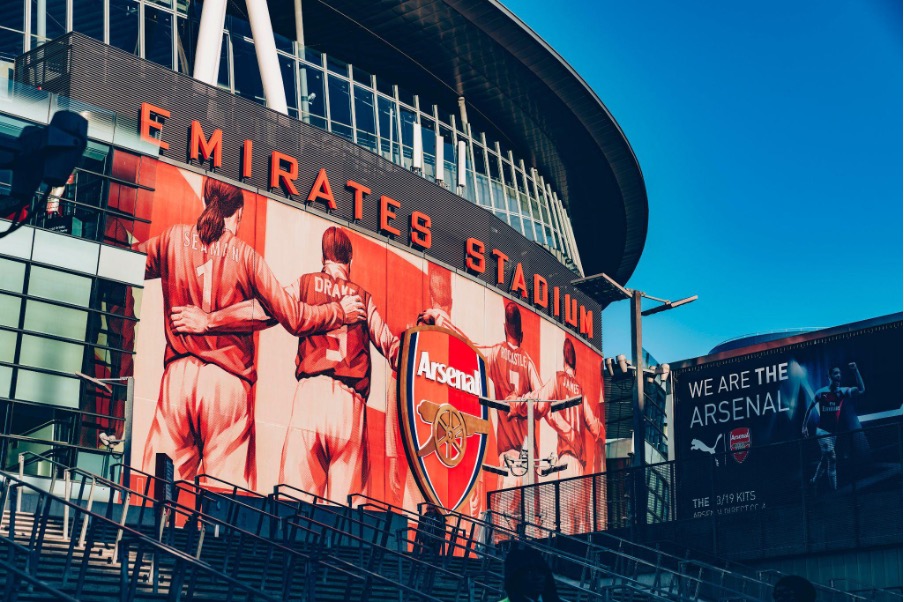 Arsenal silenced their critics about this team’s lack of character and mental fortitude with a come-from-behind 2-1 home win over fellow European contenders Wolverhampton last time out.

What looked virtually impossible following a dreadful start to the 2021/22 season now seems a near-certainty, but ensuring a long-awaited Premier League top-four finish will require the Gunners to stay on this path.

Going into the crunch period of the season, Mikel Arteta’s men trail fourth-placed Manchester United in the Premier League table by two points, but with three games in hand, they are in firm control of their destiny.

The last time the north London side secured Champions League football via a top-four finish was in 2015/16, under the legendary Frenchman Arsene Wenger.

Arsenal have never come this close since, but the upcoming Arsenal fixtures in March 2022 will be crucial to Arteta’s hopes of navigating his side to Europe’s elite competition.

Arsenal’s trip to Vicarage Road to take on warm relegation candidates Watford on Sunday is a must-win match in its strictest sense.

Led by new manager Roy Hodgson, the Hornets held Man United to a goalless draw at Old Trafford, meaning they have won just one of their last 14 Premier League outings (D3, L10).

Since Hodgson replaced Claudi Ranieri on the touchline, Watford have drawn a blank in four of their six league matches, scoring one apiece across the other two.

Their extremely conservative approach could be a problem for Arsenal, who failed to score against defensive-minded Burnley back in January.

However, this is the kind of match the Gunners cannot afford to drop points in if they are to pip United and Tottenham to fourth place.

In other circumstances, Leicester City’s visit to the Emirates on March 13th would be a formidable challenge for Arsenal, but that may not be the case this time around.

Except for their recent Europa Conference League exploits against sub-par Danish outfit Randers, Brendan Rodgers’ men are having a tough time handling their domestic commitments.

A 2-1 defeat away to Wolves in their most recent Premier League game left the Foxes languishing in the bottom half of the table as they are now winless in their last five league encounters (D2, L3).

Leicester’s underwhelming Premier League form, coupled with Arsenal’s comfortable 2-0 win in the reverse fixture, should inspire the Gunners’ bid to snap a two-game run without a home win in the league H2Hs (D1, L1).

Arsenal’s top-four credentials will be on the line when they entertain title challengers Liverpool at the Emirates in a mouth-watering top-flight showdown on March 16th.

Arteta has hardly forgotten his side’s humiliating 4-0 defeat at Anfield earlier in the season, while a painful EFL Cup elimination only poured more gasoline on the fire.

Following a hard-earned scoreless first-leg draw in Merseyside, Arsenal suffered a clear-cut 2-0 loss at home in the return leg, extending their scoring duck against Liverpool to five games in all competitions.

Champions are made in this type of high-stake fixture, and the Gunners will have to show what they are made of in a match that could set the tone for the remainder of their inspiring league campaign.

Only a few days after hosting Liverpool in north London, Arsenal will take a trip to Villa Park to face mid-table Aston Villa in their last Premier League game in March.

Arteta’s team cruised to a comprehensive 3-1 reverse triumph at the Emirates back in October and could complete their first league double over the Midlanders since the 2015/16 season.

Despite Villa’s heavy investments in the last two transfer window, they are destined for another mid-table finish, but with bragging rights at stake, they could prove hard to beat.

Adding to this sentiment, the Lions have won both previous Premier League home meetings with Arsenal by the same 1-0 scoreline.