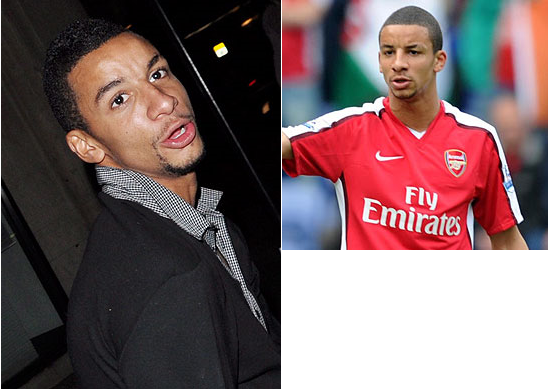 Craig Eastmond  has become the 3rd Arsenal player to be held behind bars by Police this year after he was arrested on suspicion of indecent exposure.

Eastmond, 19 was bailed until next month. after he allegedly exposed his penis in public.

“He has been bailed to return on a date in November pending further enquiries.”

Eastmond now joins Jack Wilshere who was arrested for GBH in Sept and Jay Emmanuel-Thomas who failed to stop for Police and not driving in accordance with a licence.

Add to that Nicklas Bendtner leaving a club drunk with his trousers round his ankles. its clear that you “Youngguns” at Arsenal are out of control.

3 youth team players arrested!… Something is seriously wrong with the way we handle the youngplayers

I said in Sept that “Wenger needs to sit the kids down and give them a good telling off“… Well clearly he didn’t and they are running riot.