Arsenal wonder boy in the squad for Europa League 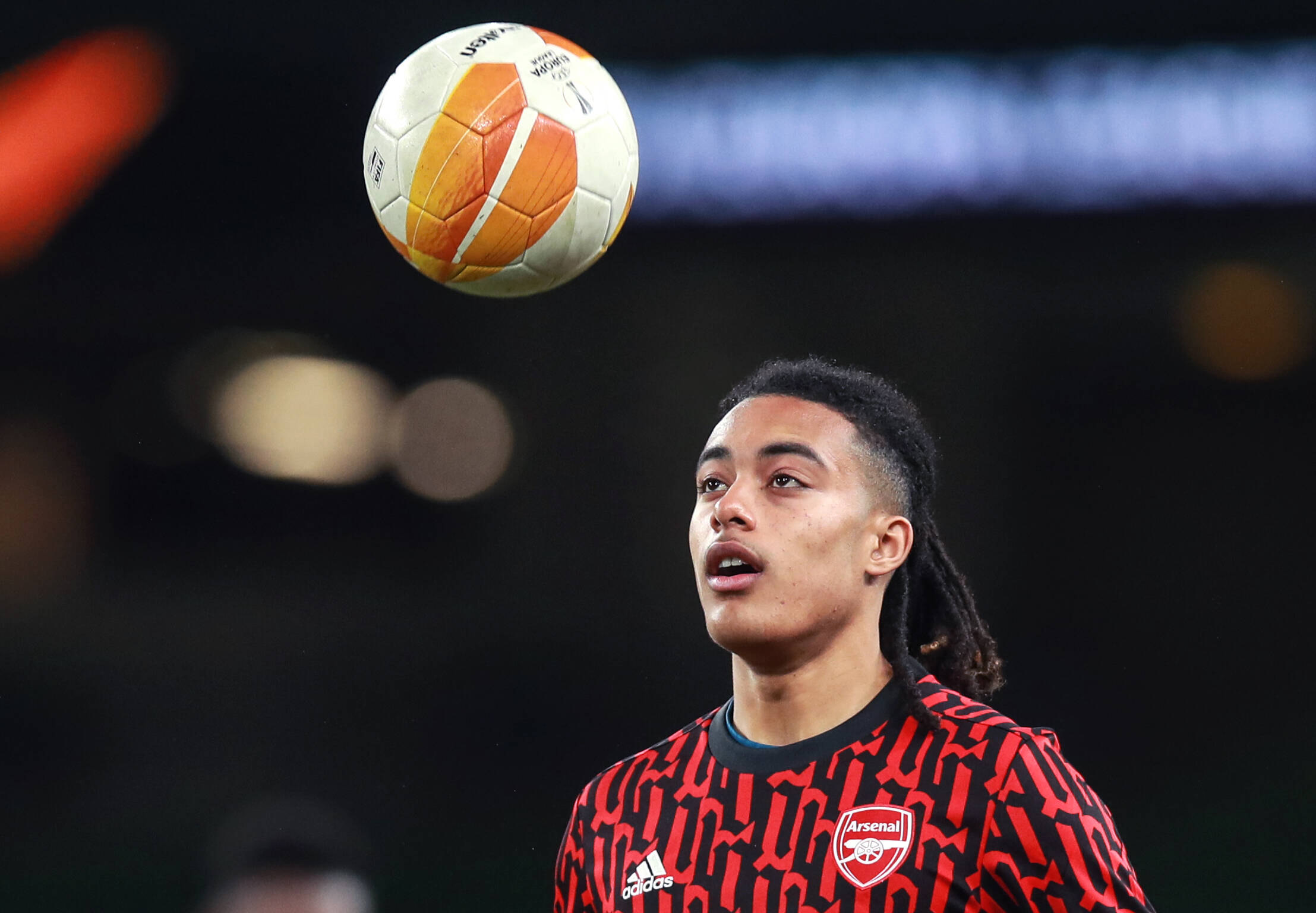 Miguel Azeez has been selected in the 25-man squad that will face Czech side Slavia Prague on Thursday night in the Europa League quarter-final stage.

The latest news shows just how highly rated he is at Arsenal. The 18-year-old made his debut for the senior squad in December against Irish side Dundalk.

There were some flashes of brilliance from the young midfielder, on that day against the Irish side, that impressed many Arsenal fans.

More opportunities are believed to be headed in the direction of the 18-year-old who has impressed many youth coaches at London Colney. Whether it is in the form of a loan or cameo appearances for the first team, they will certainly come.

It has always been a case of “when” and not “if” Azeez will make a breakthrough in the first team picture.

The midfielder recently scored an astonishing goal in the FA youth cup and has been instrumental in the team that has reached the fifth round of the competition.

A loan next season looks the most possible route for the U18 England international to Arsenal’s first team picture. Arsenal fans would always warmly welcome any talented youngster breaking in the senior squad.

And as Arsene Wenger said, “We don’t make superstars, we make them.” Azeez is the perfect example of that.