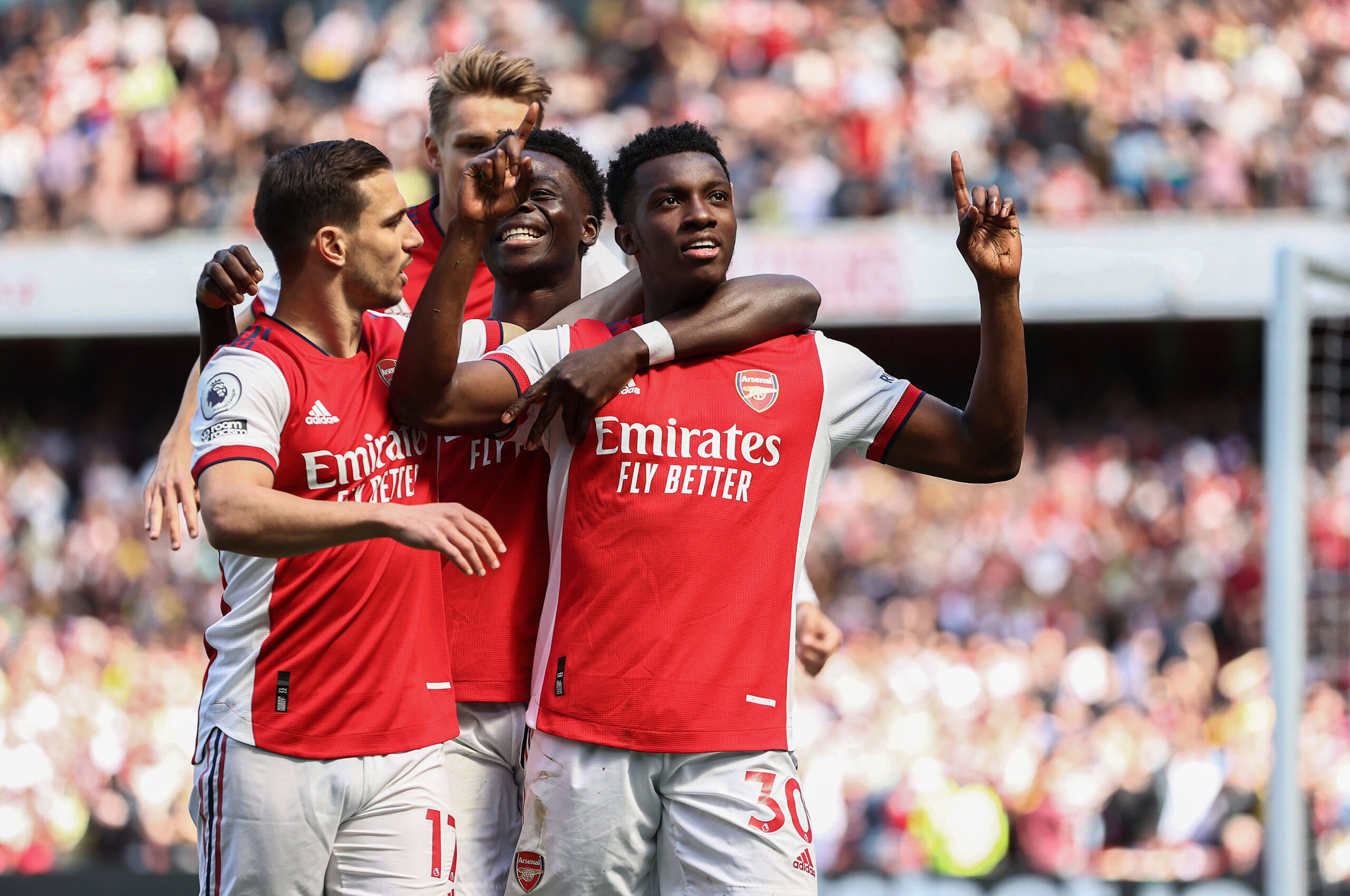 Arsenal will close in on their first Premier League top-four finish since 2015/16 by beating fierce north London rivals Tottenham Hotspur on Thursday.

Despite experiencing an abysmal start to the season, Mikel Arteta’s men are now on the cusp of securing their first Champions League qualification in six years.

Owners of a promising four-match winning league streak, the Gunners head to the Tottenham Hotspur Stadium in high spirits, knowing another triumph will get their top-four bid over the line.

With only three matches left, Arsenal boast a four-point lead on fifth-placed Tottenham and are in good shape to decide an enthralling top-four battle this midweek.

Arteta has gone from one of the most under-pressure Premier League managers to the best-performing Gunners boss since Arsene Wenger.

Another win in this all-London showdown could be the perfect reward for the Spanish tactician, though Arsenal’s recent away record against Spurs spells trouble.

Arteta’s men are winless in their seven previous Premier League visits to Tottenham (D2, L5), losing the last two in a row.

Conte, who is aiming to lead Spurs to a third successive H2H home win for the first time since 1961, heaped praise on Arteta’s impressive work at the Emirates Stadium in the pre-match conference (via football.london).

Aware that another sub-par performance will be detrimental to their bid to qualify for Europe’s elite competition for the first time in three years, Tottenham will fight tooth and nail to maintain their solid home form.

But Conte laments an underwhelming managerial record against Arsenal, having won just one of his eight previous meetings with the Gunners (D4, L3).

After experiencing all kinds of problems in high-stake fixtures earlier in the season, Arsenal have won back-to-back Premier League London derbies, overcoming non-other than Chelsea and West Ham United.

What’s more, Arteta’s side dispatched Tottenham 3-1 in the reverse fixture at the Emirates, meaning they could register their first league double over fierce north London rivals since 2013/14.

That alone should be enough to motivate the Gunners to extend their two-game winning streak on the road and make sure to finish above Tottenham in the standings for the first time since 2015/16.

As per the latest Tottenham news, Conte will not be able to call upon the services of Matt Doherty, Oliver Skipp, Japhet Tanganga and Sergio Reguilon.

As for Arsenal, Thomas Partey and Kieran Tierney are ruled out with injuries, though defensive mainstay Ben White is on the verge of regaining full fitness after missing out on the last two games.

The two remaining Arsenal fixtures down the final stretch will bring them up against bottom-half Newcastle United and relegation-battling Everton.

However, Thursday’s clash could remove all doubts regarding the Gunners’ top-four pursuit, and we expect Arteta to attack Conte’s side at full bore.

We back the high-flying Gunners to prove their Champions League credentials at one of the most formidable Premier League venues to conquer.