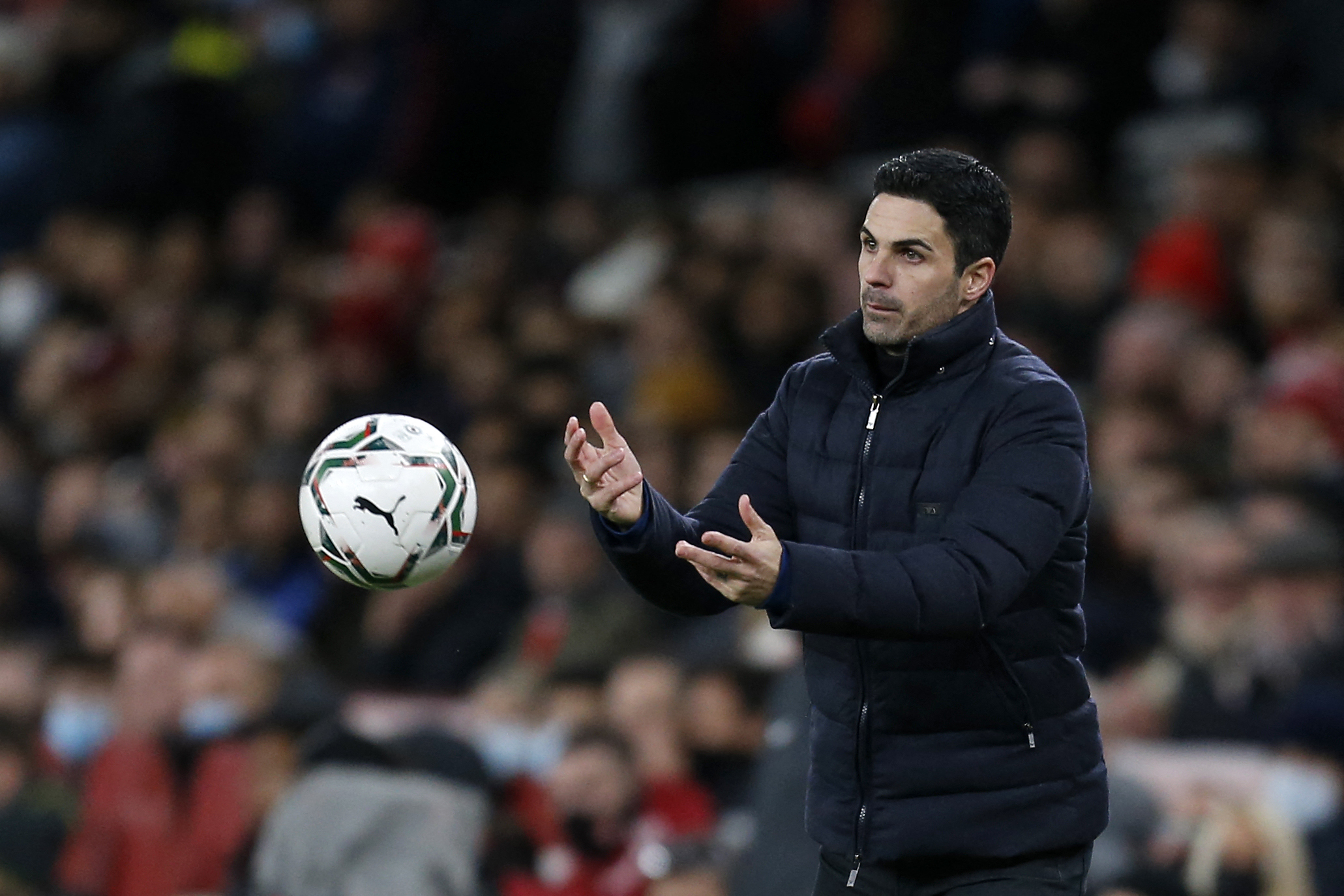 Arsenal will be looking to return to winning ways in the Premier League when they take on basement boys Burnley at the Emirates Stadium. If you are watching football on tv this weekend this game is going to tell us a lot about Arsenal’s ability to qualify for the Champions League this season.

The Gunners enjoyed a stellar finish to the last calendar year, putting together five consecutive victories in all competitions, including four in the Premier League.

However, things have gone south since the calendar flipped to 2022, with Mikel Arteta’s side going winless in all four competitive matches so far, including a 2-1 defeat to Manchester City on New Year’s Day.

Coming into this fixture, Arsenal succumbed to a 2-0 second-leg loss to Liverpool in their mouth-watering League Cup semi-final tie, ending all hopes of lifting a trophy this season.

Indeed, before their League Cup exit, the Londoners suffered an underwhelming 1-0 reverse at the hands of Nottingham Forest in their FA Cup third-round tie.

Without the distraction of European football and cup competitions, they can now turn their undivided attention towards clutching away a coveted fourth-place finish in the Premier League.

Arsenal are currently sixth in the Premier League table, two points adrift of fourth-placed West Ham, though they still have two games in hand.

Therefore, Arteta’s men will see Burnley’s visit to the nation’s capital as a prime opportunity to bounce back from a sluggish start to the new calendar year and launch a fresh winning streak in top-flight action.

Martin Odegaard’s stunning free-kick catapulted Arsenal to a narrow 1-0 win in the reverse fixture at Turf Moor back in mid-September, as each of their last four league matches against Burnley has now featured under 2.5 overall goals.

Barring a shock 1-0 defeat in this exact fixture back in 2020/21, the Gunners have avoided defeat in their last 17 league meetings with the Clarets (W12, D5).

But last season’s success at the Emirates gives Burnley a rare opportunity to post back-to-back away league victories over Arsenal for the first time since 1960.

Yet, the Londoners will draw confidence from their impressive defensive record against this opposition, having conceded one goal or less in each of their last 17 H2Hs across all competitions.

After a COVID-19 outbreak in the Emirates camp forced the postponement of their last weekend’s North London derby against Tottenham, Arsenal will return to Premier League action for the first time since New Year’s Day loss to Man City.

Arteta’s players will look to avoid matching an unwanted record of losing their first two top-flight games of a new calendar year for the first time since doing so in 2012.

Though the Gunners have conceded first on fewer occasions than any other Premier League side this season (four), their lack of ability to bounce back has often proved costly.

Indeed, Arsenal have lost all four league matches when shipping the opening goal, highlighting the importance of a fast start here.

However, with just two of their eight league goals conceded at home this season arriving beyond half-time, the hosts will relish their chances of breaking the deadlock.