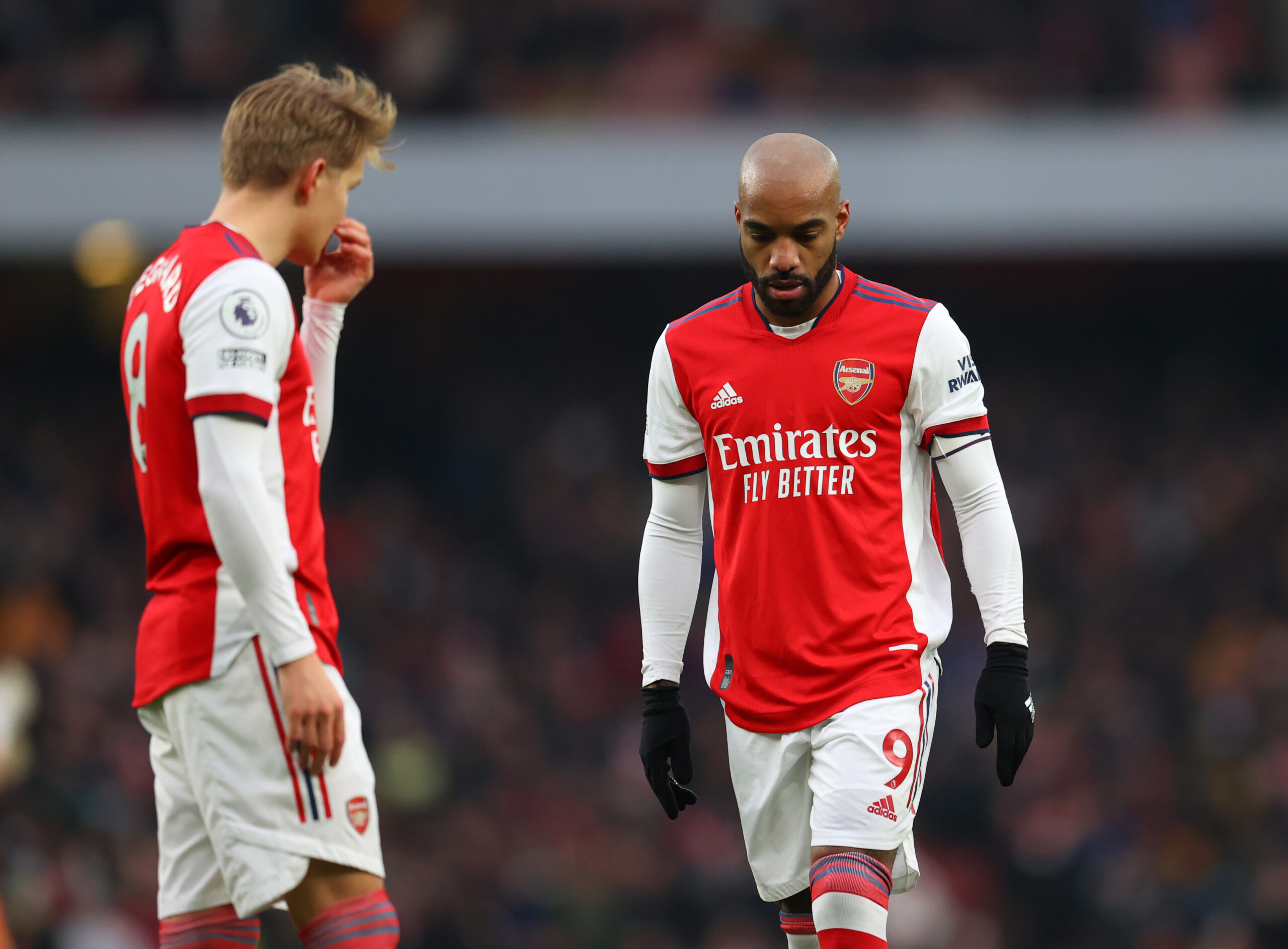 Former Arsenal star Paul Merson has urged the Gunners not to be ‘lazy’ by renewing Alexandre Lacazette’s contract on the back of Pierre-Emerick Aubameyang’s departure.

Lacazette has been handed the captain’s armband following the Gabonese forward’s bust-up with Mikel Arteta and subsequent departure for Barcelona.

After tearing up his contract at the Emirates, the ex-Borussia Dortmund man has launched his career at Barcelona, making a cameo appearance in a 4-2 victory over Atletico Madrid on Sunday.

Since Arsenal failed to land a replacement for Aubameyang, who left the club on Deadline Day, Lacazette will have to shoulder the scoring burden in the remainder of the season.

Indeed, the Frenchman is now the only reliable out-and-out striker on Arteta’s roster, given that Eddie Nketiah has failed to demonstrate his value to the gaffer.

But Lacazette’s contract in north London expires at the end of the season and he seems unlikely to commit to new terms despite being handed the captaincy.

Moreover, the 30-year-old’s scoring exploits also suggest that he does not deserve to be offered a new deal at Arsenal after netting just three goals from 16 Premier League appearances this season.

Arteta is now at a crossroads. The Spaniard faces the prospect of losing each of his talismanic strikers before the start of the 2022/23 campaign.

The Gunners cannot cash in on Lacazette unless they extend his contract, as he would be free to choose his next destination, providing his deal runs out in June.

There is still plenty of time for the former Lyon marksman to rediscover his form and convince Arsenal to keep hold of him beyond June.

However, Merson believes that even if Lacazette goes on to bag 10+ goals in the remaining 17 Premier League fixtures, the Londoners should decide against handing him a new contract.

What Merson Had to Say?

“Now, if Alexandre Lacazette goes and gets 10 goals before the end of the season, they can’t get lazy and just give him a new deal worth £250,000-a-week, thinking it might be his season next season,” he wrote for Sky Sports.

“However, for me, Lacazette has had his time at Arsenal. Whatever he does between now and the end of the season, he’s had his chance at the Emirates Stadium.”

What Would Lacazette’s Departure Mean for Arsenal?

The impending departure of Lacazette leaves Arsenal in desperate need of a new centre-forward in the upcoming transfer window.

A long-running saga involving Dusan Vlahovic’s switch from Fiorentina suffered an epic failure in January as Juventus won the race for the Serb’s signature.

Aubameyang OUT – Vlahovic IN. At least that was what Arteta was hoping for at the beginning o the January transfer window.

Signing a player of Vlahovic’s potential and stature would be a statement of intent, but the Gunners now have to recalibrate their recruitment plans ahead of the summer.

It means that Arsenal will likely have to earmark a substantial budget to find a prolific long-term replacement for Lacazette, let alone Aubameyang, who is already a part of the club’s history.

Of course, the Londoners could always have their shot at Dortmund scoring machine Erling Haaland, but they would need nothing short of a miracle to beat the competition for his services.

So if the Gunners are to listen to Merson’s advice, they are better off devising a recruitment strategy right away to avoid the risk of ending up with a shortage of options in the summer.