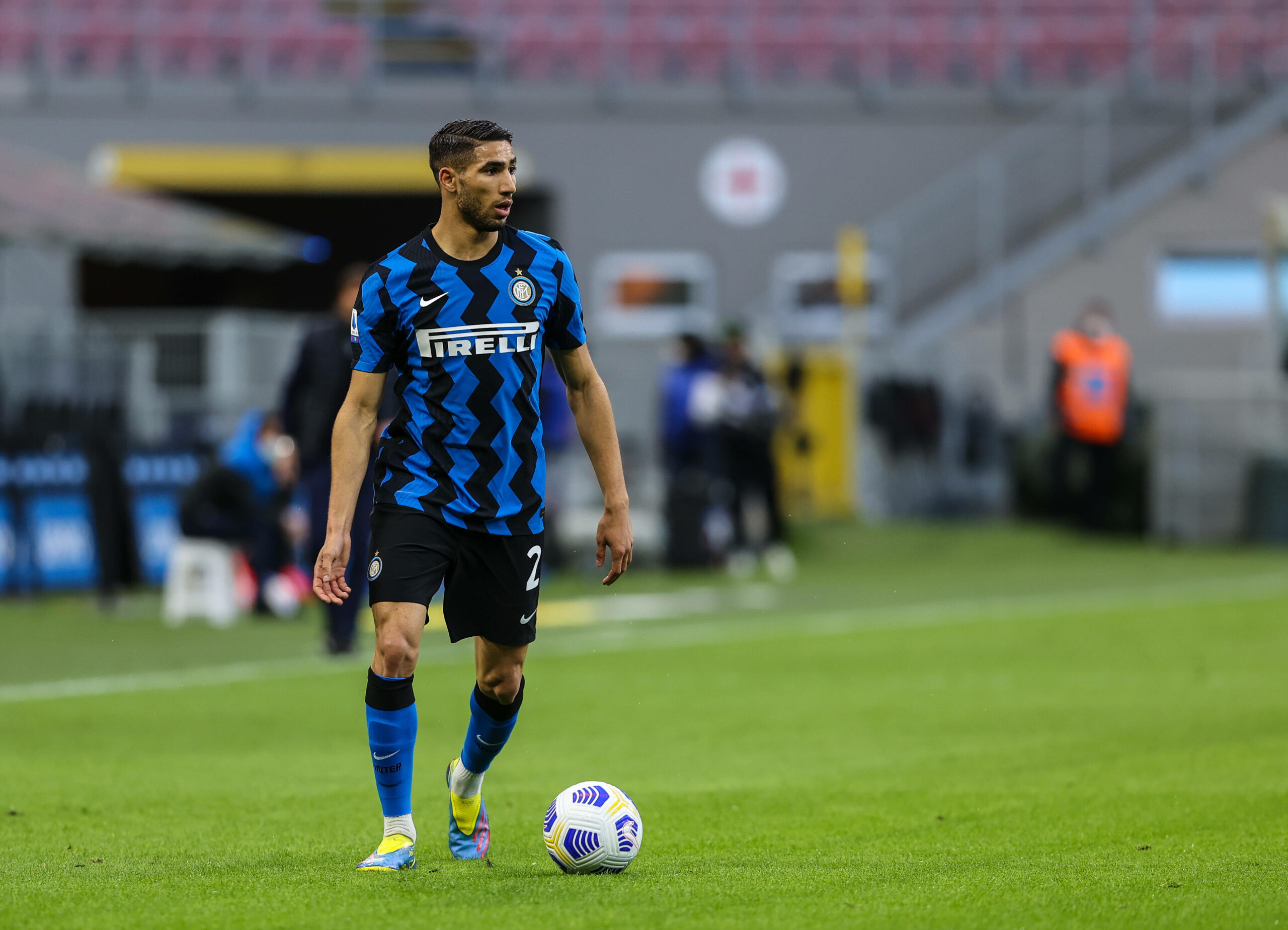 Arsenal are preparing an offer for Inter Milan right back Achraf Hakimi, according to reports from Spanish outlet AS(via Daily Mail)

Joining the Italian giants in the summer of 2020, the Moroccan full back has made 28 appearances so far and also scored six goals to add to his six assists. He is capable of playing on both flanks and also at wing back which makes him a versatile option.

The report in Daily Mail states that Mikel Arteta wants to bring in someone to strengthen the right side of the defence and the Emirates club are expected to make a firm offer for Hakimi. Interest in the player is not just limited to the North of London as fellow Premier League side Chelsea are also keen on the player.

The 22-year-old is being valued at £43million and the financial instability at Inter could open the door for the defender, given the Italian club are not so keen on loosing Romelu Lukaku.

Inter Milan’s Chinese owners are reportedly struggling with finances and have halted operations of their clubs in China and this has led to uncertainty. The North London club are looking to bring in Hakimi as a replacement to Hector Bellerin, who is reported to be wanted by Paris Saint-Germain and Barcelona.

If Bellerin is to leave, the Moroccan would be the ideal replacement to bring in. He is excellent going forward and can recover quickly to cover his defensive area. The full back would be suited to the style of play that Arteta likes to implement.

If the Gunners do cash in on their Spanish full back, then they will have to bring in someone of the same caliber if not better and Hakimi sure fits the bill. The presence of the Moroccan would make the right side of the defence that much more dangerous. Given that there is interest in Hakimi from Chelsea as well, the North Londoners must act swiftly if they are to secure his signing.