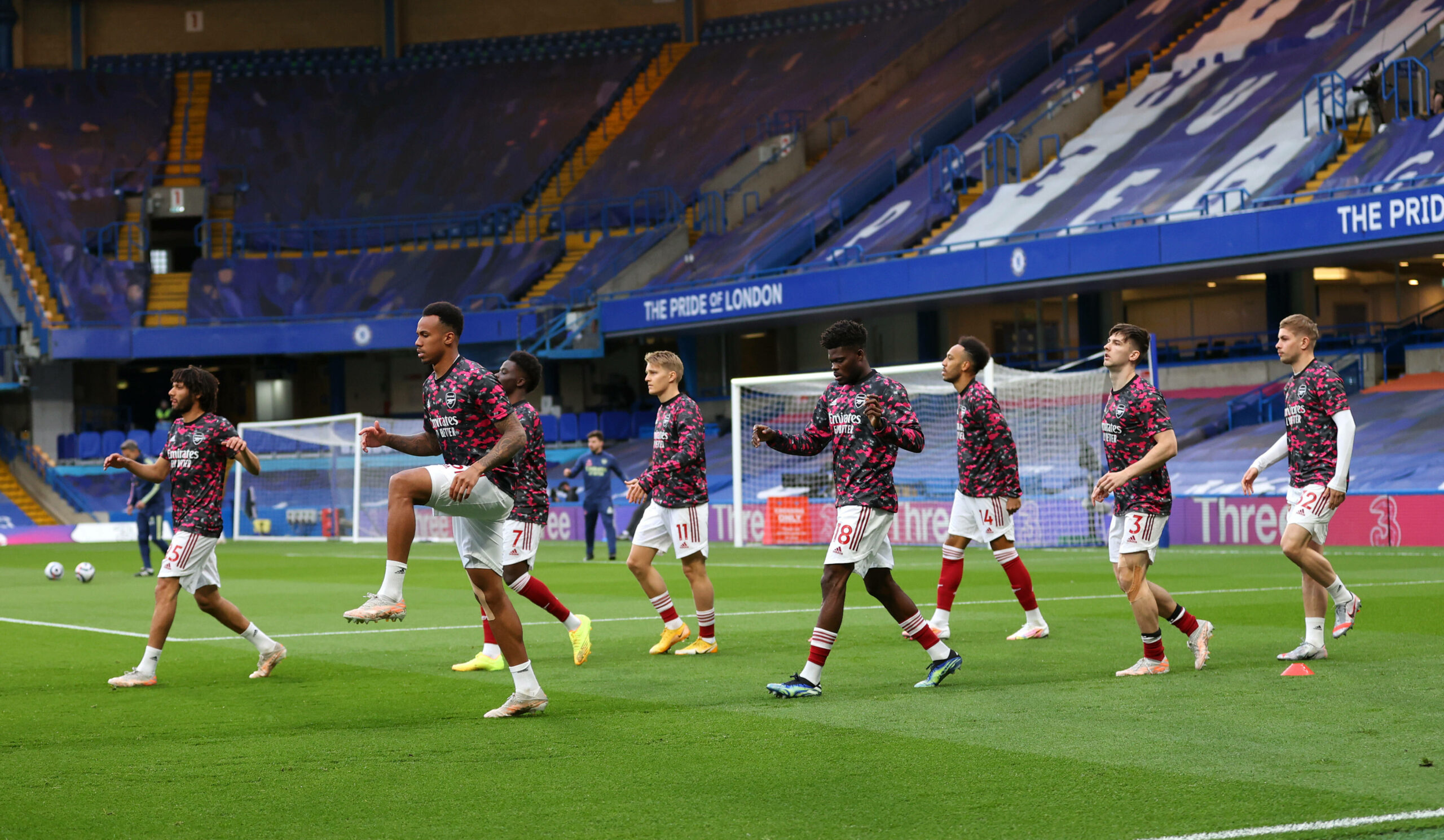 Arsenal have a chance of notching up five consecutive wins in the Premier League when they host Brighton and Hove Albion. With qualification for UEFA Conference League still a possibility, what team will Mikel Arteta go with?

The Gunners need other results to go their way if they are to finish seventh and make it into the inaugural edition of the third-tier European competition. Last time, they left it late at Crystal Palace but emerged with crucial three points. Doing the same against a team managed by Graham Potter will be tough.

Brighton are known for their stylish play and that was good enough to defeat Manchester City last week. They will fancy their chances at the Emirates knowing that they have the ability to punish the opposition defence with their intricate play.

Arteta will set up in a 4-2-3-1 formation with Bernd Leno in goal. The defence will not see any changes as it worked well at Palace. Calum Chambers will start as the right-back with Kieran Tierney on the left. Rob Holding and Gabriel continue as the centre backs to provide some continuity and stability to the backline.

Granit Xhaka should return to the starting eleven after being on the bench in midweek. The Swiss midfielder has an important role in the way the Gunners like to build their attacks. He will start alongside Thomas Partey who would have more freedom to go forward. The visitors can use quick passing to create chances and these two will have to be alert to it.

There won’t be any changes made to the trio playing behind the striker as Bukayo Saka, Emile Smith-Rowe and Nicolas Pepe all start. The Ivorian in particular had a great game last week and a similar kind of performance from these three will go a long way in helping the Gunners get the three points.

Pierre-Emerick Aubameyang will start as the striker and the captain has one last chance to add to his goal tally. The hosts need the win to stay in the hunt for European football and the onus will be on the forward to take them there. Despite the challenge that the visitors provide, the north Londoners should end the season with a victory.

Luiz, Bellerin – Arsenal Team News vs Brighton and Hove Albion
Arsenal players must be critical of themselves, says Mikel Arteta