Ian Wright is not impressed by the performances of a current Arsenal midfielder. 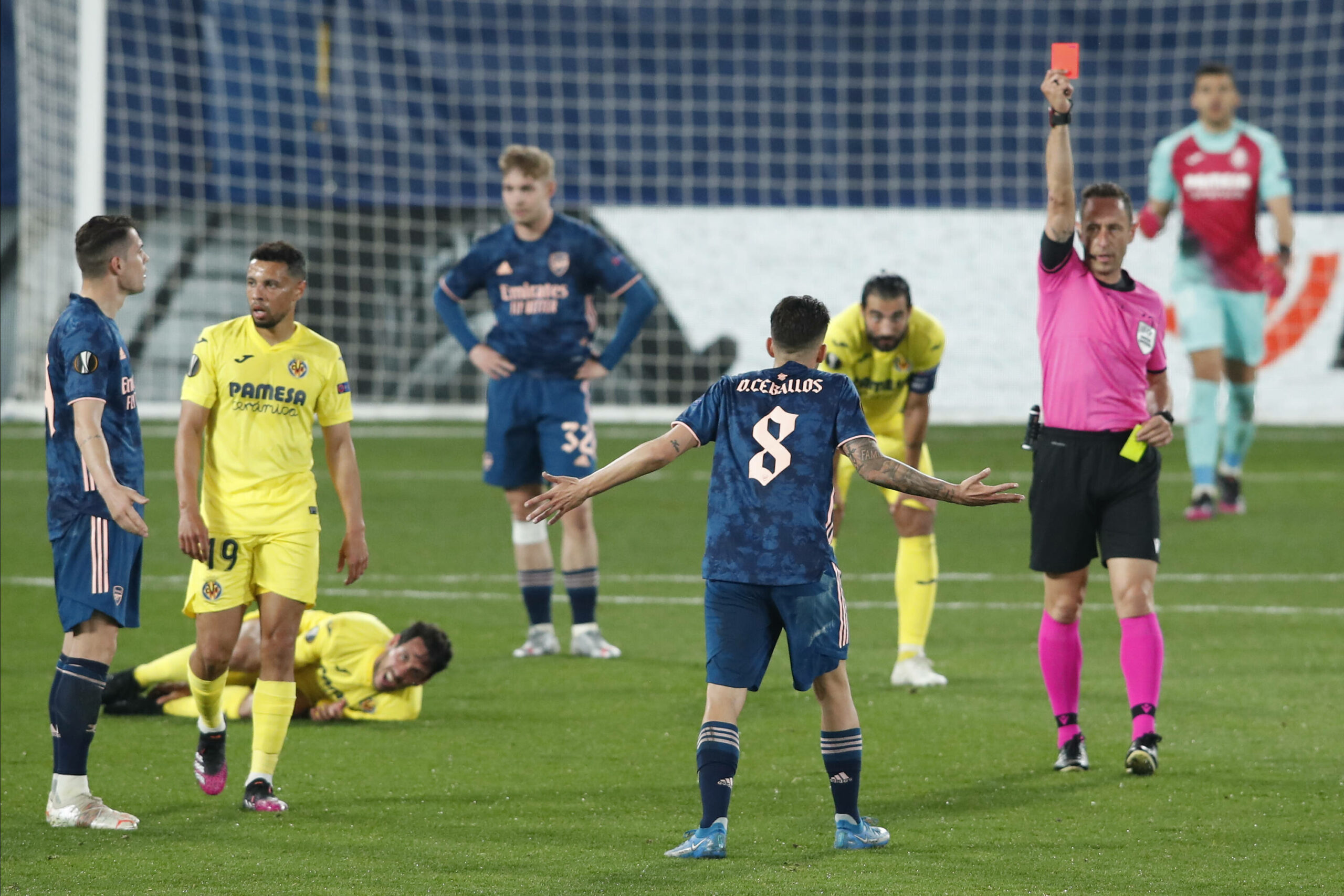 The Real Madrid loanee’s stint at Arsenal has not gone as it was expected to. Even though the 24-year-old shone after the Premier League resumed in June post-lockdown, the majority of his Arsenal career has been plagued by inconsistent performances.

In the second half of the current campaign, the Spaniard’s performances have been pretty awful, to put it simply. Ceballos was at fault in the round of 32 second leg clash with Benfica, which almost cost Arsenal a place in the round of 16 of the Europa League.

The midfielder was under scrutiny again two weeks later, as he lost possession in his own half, from which Greek side Olympiacos went ahead in the first leg.

Even though Arsenal overcame the deficit to advance to the next stage of the competition, the crevice of Ceballos’ Arsenal career has only increased.

Speaking in Wrighty’s House podcast, Ian Wright said that he would rather have Mohamed Elneny than the Spaniard in the team.

“For me Ceballos doesn’t make my team. I’d rather have Elneny in there, I know he scored the other day, but he has got a drive and determination about him that is quite.

He continued, “You cannot dislike his output and what he’s trying to do for the team.”

Elneny has indeed looked sharp when called into action by Mikel Arteta. The Egyptian even scored his first Premier League goal against Newcastle United at the weekend.

The central midfield position is the one that Arsenal definitely needs strengthening at.

Various names such as Brighton and Hove Albion’s Yves Bissouma and Real Betis’ Guido Rodriguez have been heavily linked to the North London club lately.

With the departure of Matteo Guendouzi and Lucas Torreira looking likely, central defensive position is the one to keep an eye on for the summer.