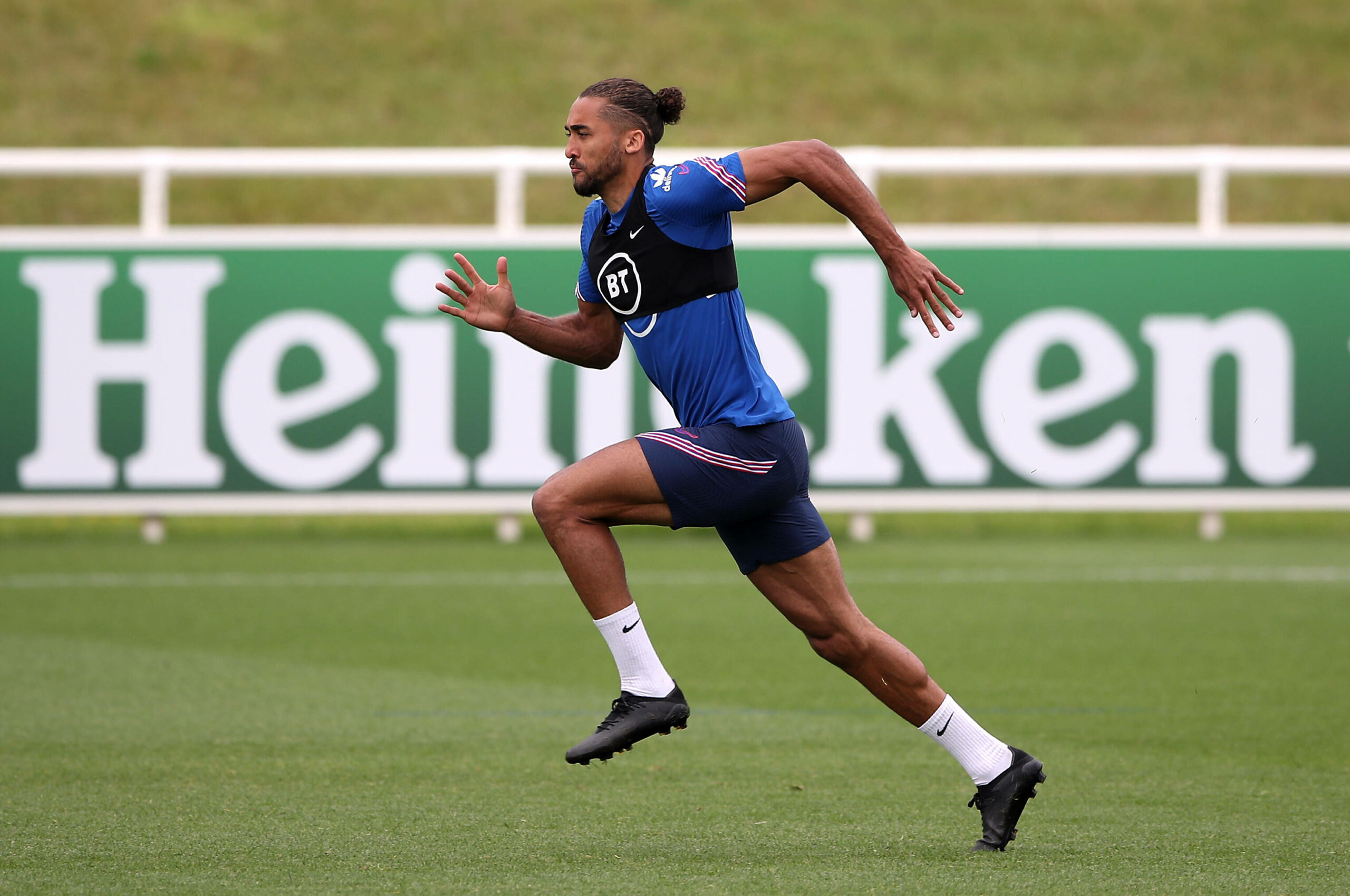 Arsenal are reportedly interested in signing Everton striker Dominic Calvert-Lewin this summer, as per a report from the Telegraph.

The Englishman who is currently at the Euros had a brilliant 20/21 season scoring 16 goals in the Premier League. That good form earned him a call up to Gareth Southgate’s squad as the deputy to Harry Kane.

According to the report, the north Londoners are considering a move for the Toffees forward, but they need to generate some cash from sales first. It is also suggested that Calvert-Lewin will not be sold for anything less than £80million.

The report also states that the Gunners will face competition from fellow Premier League club Manchester United. The Red Devils could sign him to add more firepower to their attack and provide support to Edinson Cavani.

If the Emirates club are to sign Calvert-Lewin, it would take a huge offer to convince Everton to let go of their star striker. It also brings the future of captain Pierre-Emerick Aubameyang into question. Having recently been signed to a new contract, it is doubtful if the Gabonese forward will be sold. One attacker that may make way is Frenchman Alexandre Lacazette to raise the necessary funds.

At the age of 24, the England forward is ready to enter his prime and based on his performances last season, has fully adapted to the rigors of the Premier League. At the Emirates stadium, his set of skills would be welcome. Strong in the air and extremely quick, Calvert-Lewin is close to becoming a complete forward. If the north Londoners want to take their attack in a different direction, the Englishman would certainly be one way to go.

But given the fee, it will take a long time before the north Londoners can even afford this signing. If anything, these links show that the club are thinking about the future and want to improve their squad. Calvert-Lewin would be a great signing but at the price being quoted, there are other options that could be pursued. As Arsenal concluded some sales, we will know how seriously they are interested in the forward.