Areas That Arsenal Need To Strengthen In January 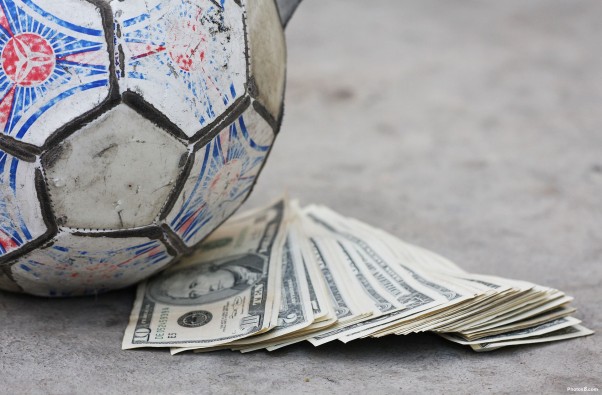 After what seemed to start as a productive transfer window ended steeped in disappointment compared to what was expected by the majority of Arsenal fans, decent signings were made but yet again not nearly enough investment was made and the club still remain light years behind the depth and quality possessed by both Manchester City and Chelsea. yes both have an unrelenting transfer budgets as has been previous shown but with Ivan Gazidis last season claiming the club can now match the big spenders of European football why were the reoccurring issues not addressed?

This has been a major issue for several seasons, the partnership of Per Mertesacker and Laurent Koscielny statistically is better than most in European Football but to say they look shaky in the big games is an understatement. There are only 6 registered Defenders in the first team squad which is nowhere near enough when everyone is fit let alone when the predictable injuries rear their ugly head. Currently injuries to Mathieu Debuchy and Laurent Koscielny has seen the back four reduced to the bare bones with Hector Bellerin being called up at the weekend probably a season too soon for the young Spaniard. Thomas Vermaelen was not replaced which is a major concern, Vermaelen was injury prone and rightly sold and for a good price too but once again where is the depth?

There is a need for another Right Back and Central Defender in January, many will say what about Calum Chambers? he is a lot more suited to playing centrally and this is where he will eventually play frequently for the club.

A problem area for years has been the lack of any real Defensive Midfield player, Arsene Wenger has tried to convince fans and the media alike regarding Abou Diaby but the amount of injuries the Frenchman has sustained is horrific and it is about time he gives up the ghost. Not since the days of Gilberto Silva have Arsenal had an effective and powerful presence which is needed in the Premier League. Chelsea have Ramires, Jon Obi Mikel and Nemanja Matic. Manchester City have Yaya Toure, Fernando and Fernandinho, that is the difference. Arsenal’s main men are two ageing and quite frankly past their best midfielders in the shape of Mikel Arteta and Mathieu Flamini. It is about time this was rectified because without this you should expect results against Manchester City, Chelsea and Liverpool to resurface as they did last campaign.

It was naive to think that with the arrival of Danny Welbeck suddenly all the problems in this area are solved, it is still excruciatingly painful to watch a high percentage of Arsenal attacks. There is no real cohesion with the majority of attacks, they are jut not clinical enough in front of goal . Olivier Giroud was a scapegoat for last season, unfairly in some respects because he had decent runs of form but the main problem was that it is bordering on the ridiculous to think that you can go a whole season with just one Striker. Not much genius there from the “Professor”. Welbeck has started better than many expected but with the absence of both Olivier Giroud and Yaya Sanogo ( not that you would notice) this leaves Arsenal yet again with no real options up front. Lukas Podolski and Alexis Sanchez are not Strikers, they are wingers so they shouldn’t even enter into the equation. Once more it seems to be a case of doing things on the cheap, whether it be the board skimping on funds or the more likely Wenger’s denial setting in again something has to give.

It is more important than ever that money is invested in January many thought the club would be pushing on after clinching the FA Cup however it has had the opposite effect. If anything Arsenal have gone backwards since last season or maybe other teams have improved a lot more. No investment is not an option with the Champions league money being even greater next season failure to finish in the top four is not an option.