Are The German Duo Arsenal Bound in 2015? 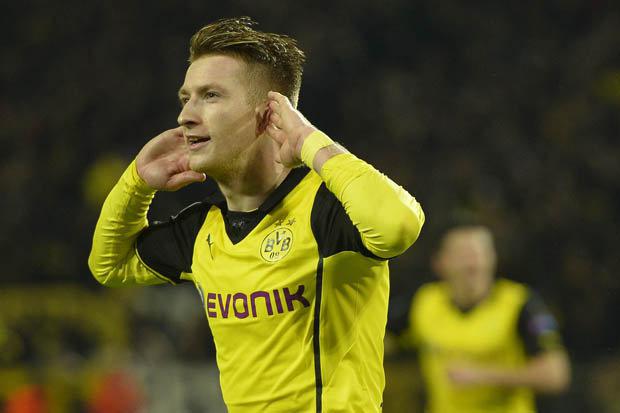 The Summer transfer window has come and gone for another year at the Emirates with which some might describe as a mixed bag for the club’s transfer activity. Replacements for Bacary Sagna, Thomas Vermaelen and Lukasz Fabianski were found in the form of Mathieu Debuchy, Calum Chambers and David Ospina in addition the business of Forward Alexis Sanchez and finally the late signing of much maligned Danny Welbeck could be a very shrewed move when all is said and done. Many fans still believe the Arsene Wenger’s squad is considerably light in certain areas to mount a serious challenge the main worry would be that the need for a holding Midfield player has once more not been addressed which is something along with a Striker that needed to be rectified for Arsenal to be taken as serious contenders. This leaves the squad short of players able to do the job, Mikel Arteta and Mathieu Flamini look like they will have to be relied on like last season in that role with Jack Wilshere next in the line as a stop gap until January which is the next opportunity for this situation to be resolved.

Real Madrid Midfield man Sami Khedira was mooted as a candidate for the holding Midfield vacancy but that never seemed to materialise, Madrid held firm to keep the German Midfielder who looks destined to leave next Summer or maybe earlier with his place no longer guaranteed at the Santiago Bernabeu since the arrival of Bayern Munich’s Toni Kroos. There was clear interest in Khedira from Wenger who has always favoured a box to box Midfielder in front of the back four opposed to an orthodox Defensive Midfielder a Claude Makelele type if you will. Khedira was immense for Germany at the World Cup and would have been the man to take up Gilberto Silva’s mantle who has still not been effectively replaced.

I would expect clubs to be trying to unsettle Khedira come January when he will be available to talk to clubs ahead of his contract expiring, Arsenal will surely be one of them along with Chelsea due to Jose Mourinho’s admiration for the player along with a desire to scupper any transfer activity a rival may have. For all intents and purposes it looks like a deal for Khedira was close, Madrid have already said that a fee was agreed which is believed to have been in the region of £24 Million. Unfortunately as expected the wages were the stumbling block with the player demanding north of £200,000 a week, this will not neccesarily be a problem come January when negotiations can open to conclude a deal for next Summer, also there is a possibility of a cash incentive to Madrid who may be resigned to losing the wantaway Midfielder.

Marco Reus is a player that Wenger has been after for a while now, it goes back to when the German attacker was thrilling the Bundesliga even before he was taking apart defences in the Dortmund yellow. Wenger tried to sign him back in 2012 when he was at Borussia Monchengladbach, unfortunately for the Arsenal boss Reus chose Jurgen Klopp’s Dortmund which was not surprising as they were Bundesliga champions, also reus fancied a return to the club he left as a youth player and also had supported as a boy. Dortmund officials have already confirmed they rejected a £40 Million bid on deadline day from Arsenal which they saw as derisory considering that is a long way short of their valuation. Arsenal were rumoured to have been favourites to sign Reus just before the World Cup, unfortunately for Reus and Arsenal he suffered an injury in Germany’s warm up game against Armenia and missed Germany’s World Cup success which could be the reason for the arrival of Alexis Sanchez who is a very similar player.

Khedira and Reus would massively improve any team and I would expect Arsenal to be “very active” in next Summer’s window if not before that in January as they attempt to win their first Premier League title since the 2003/04 season.

Grading Arsenal’s Transfer Activity
What Does The Future Hold For Joel Campbell At Arsenal?