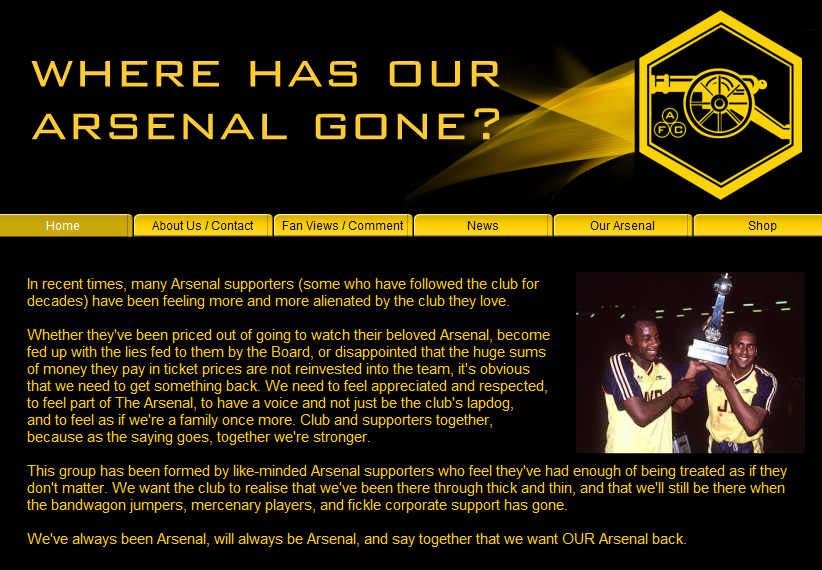 Recently a  facebook page was created called “Wenger Out”, 100s of angry Arsenal fans signed up to this page and an event has now been organised for them fans to protest.

The Arsenal fans are due to wear black and show there anger towards the club and manager.

“Where has our Arsenal gone” website (Photo above) has also been set up to explain the reasons behind the protest.

Arsene Wenger hasn’t won any silverware for six years, yet the club have raised the cost of seats by up to 6.5 per cent for next season “The costliest in the country”

Arsenal bosses have now put police and stewards on alert amid fears that a fans’ protest march could turn ugly.