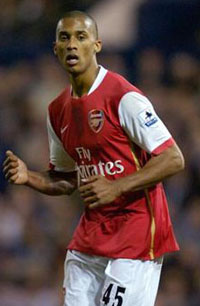 Do you agree with Jason Goldstein on the forum?

Taken from this thread LINK

Allowing them both to leave on loan will cost us this season. We are very short of defenders and i cant see why wenger let them leave without getting cover.

Now are have Gallas and Djourou out for the rest of the season with Clichy out we dont have the back up players at the club.. Both Armand Traoré and Senderos are not even playing at the mo, So what was the point in allowing them to go out on loan if they are not going to play?

The whole point of allowing a player to go out on loan is to see how they deal with playing week in week out in a higher standed. It worked for Alex Song and Jay Simpson etc.

How did Wenger go into a season with no back up player for Clichy? Gibbs is doing OK but he is not a LB. IF we had Armand Traoré we would be in good shape for the FA Cup semi final and CL games vs Man Utd. Now Gibbs will be up against Ronaldo if Clichy is not fit.

This could turn out to be even worst then allowing Diarra and Flamini to leave.

Do you agree? Debate this more on our forum www.arsenalaction.com

Arsenal Puts The Yellow Submarine Out of Commission!
[Podcast] I blame WENGER, got the tactics so wrong!