Alexandre Lacazette steps up for Arsenal against Sheffield United 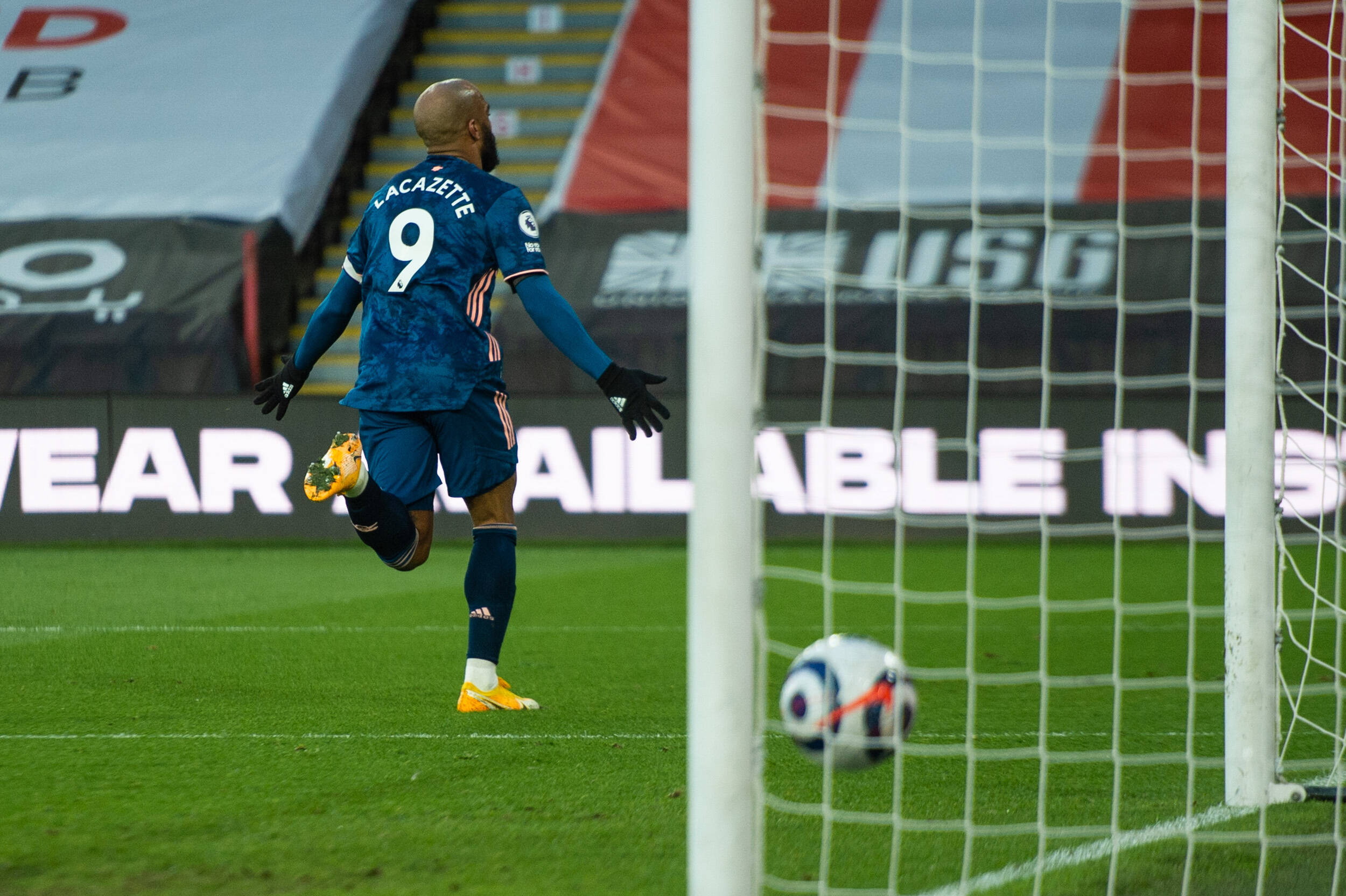 Arsenal eased to a comfortable 3-0 win over Sheffield United on Sunday and a large part of the credit will go to Alexandre Lacazette who put in a credit-worthy performance.

From the get-go, the North London club were at ease as they dictated the tempo of the game and eventually found the scoring touch to seal it. It was an important win for the visitors given their disappointing Europa League show in the midweek.

Heading into this match, one of the talking points was the absence of captain Pierre-Emerick Aubameyang who was out with flu leaving Lacazette to lead the attack.

The Frenchman had a game to forget against Slavia Prague missing quite a few chances. Lack of a clinical touch meant the Emirates club will go into the second leg without a lead to show for it. So, it was important for the forward to step up and prove his worth.

And right from kick off, the striker was pulling up the strings with his intricate link-up play. By bringing others into the game, the Gunners were able to deal with any kind of pressure that the hosts were exerting. The visitors eventually found the opening they have been craving for when Lacazette put the finishing touches to an incredible team move.

It would only get better for the 29-year-old as he went on to score a second in the 85th minute. Most of the credit will go to Thomas Partey for a wonderful turn and pass but the forward kept calm and produced a clinical finish that put the game beyond any doubt.

That brace has put him at 15 goals this season so far and when Lacazette plays like this, it is great news for Arsenal. As a result of Sunday’s performance, the forward is likely to start against Slavia Prague next Thursday. The Frenchman has ensured that the absence of Aubameyang was not felt and will be asked to do the same in the quarterfinal second leg.

Arsenal cruise past Sheffield United in impressive fashion
Can Arsenal finish in the top 6?